When Galyon Manufacturing needed to increase productivity for its operation in Sweetwater, Tennessee, it turned to new CNC equipment, quickly choosing a Haas DM2 for its speed and a MIDACO ADM-2SD for pallet changer automation. This combination of machining excellence added more throughput with fewer man hours, decreasing the strain on the operator in the process while seeing a 70% rise in machine tool productivity. 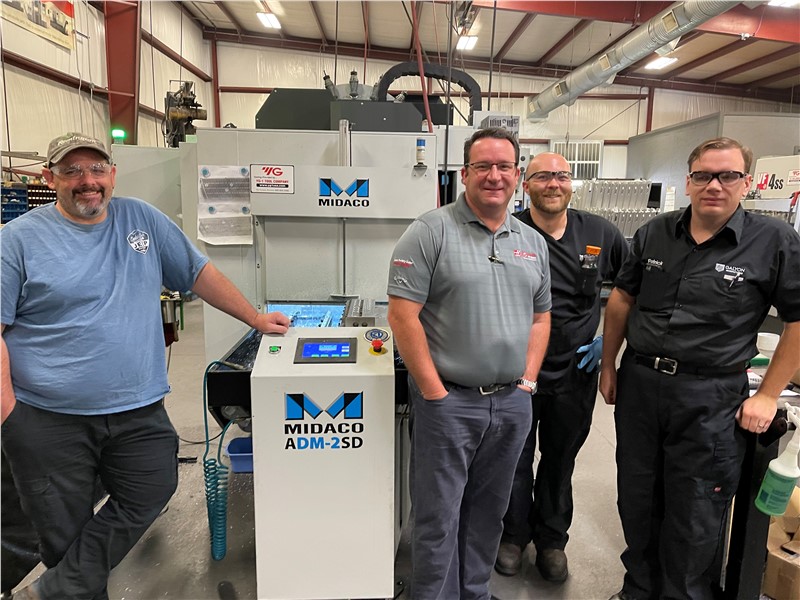 “It’s been a good experience,” Galyon Manufacturing Lead Programmer Patrick McClintock said of integrating the MIDACO APC with the Haas DM2. “It integrated easily with the Haas control and has given a huge boon to our productivity. Easy to program and easy to use, the MIDACO APC has been such a good piece of equipment. I’m very glad we invested in it.” - From left to right: Mark Wargo, Programmer; Bill Walsh, Sales - HAAS Factory Outlet - Div of Phillips TN; Dustin Braden, Operator; Patrick McClintock, Lead Programmer. 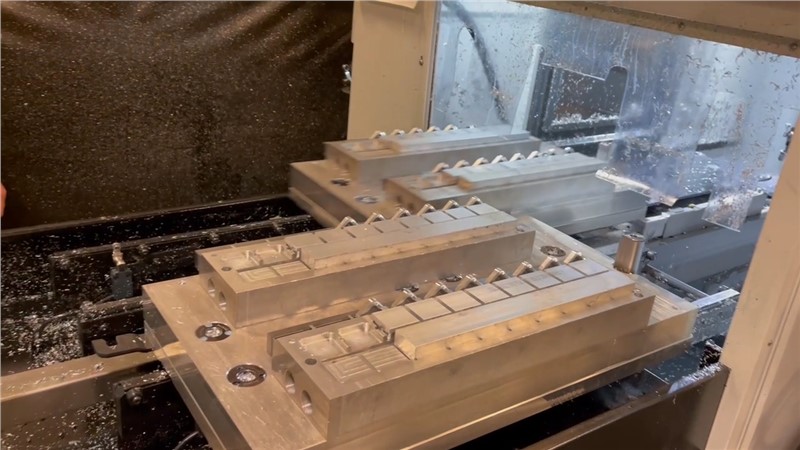 Galyon Manufacturing machines 6061 aluminum on the Haas and MIDACO setup, part of an operation that includes precision CNC milling and tuning to manufacture magazine caps. Prior to adding the MIDACO APC to the Haas DM2, the milling process, including set up, was between three and four hours. After upgrading with the MIDACO ADM-2SD, that process is approximately an hour. Cycle time has dropped from 45 minutes to 27 minutes, with another 5-10 minutes being saved by eliminating the time it took to swap parts and fixtures for each cycle. 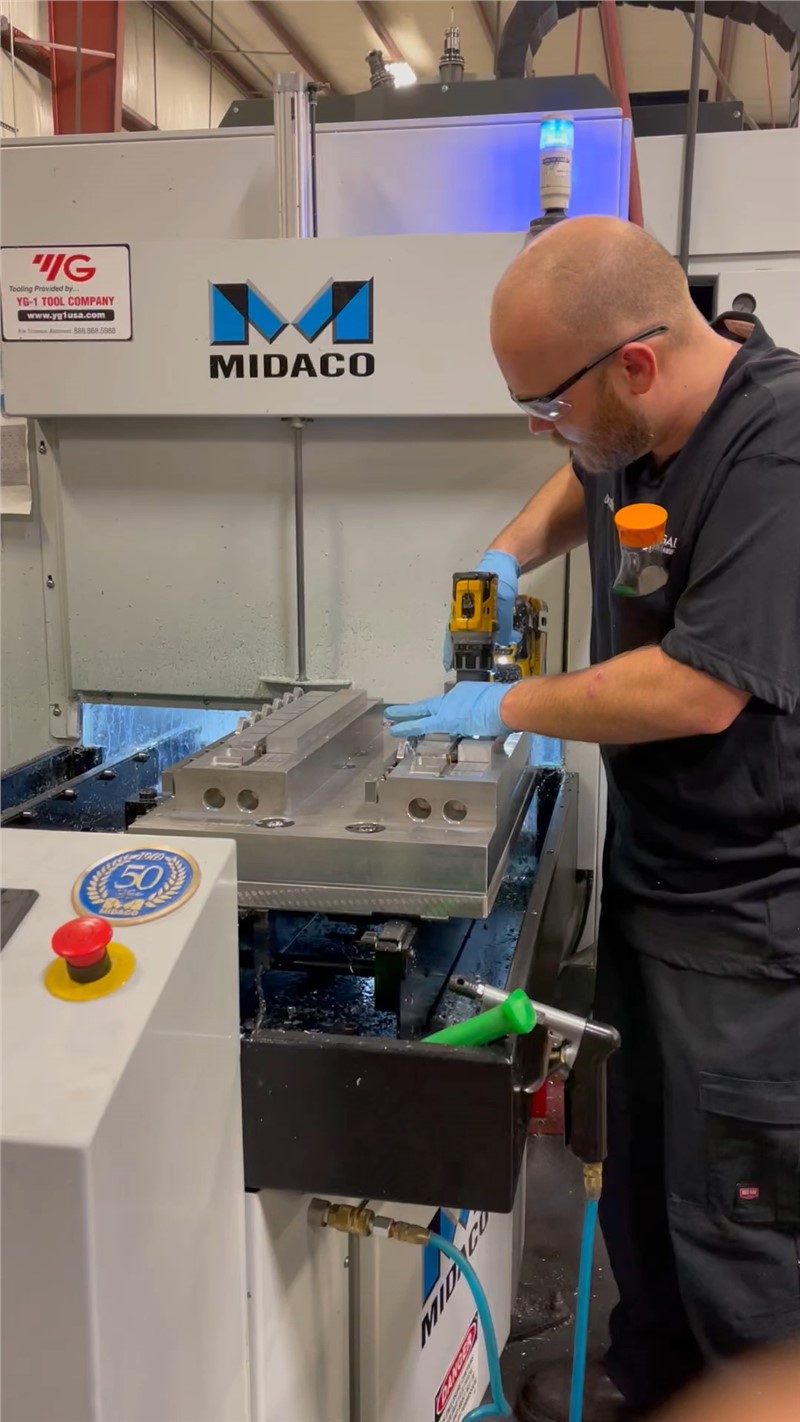 The MIDACO ADM-2SD includes a Series 16 End Load Shuttle unit with Automatic Door, Series 16A 500 lbs (227 kg) capacity Pneumatic Receiver and 28” X 15” X 1.25” (711 mm x 381 mm x 32 mm) End Load Cast Aluminum Pallets with precision ground steel rails. Its hardened and ground-locating pins and bushings assure +/- 0.0001” (0.0025 mm) repeatability. The automatic pallet changer allows for parts and fixtures to be changed outside of the machining center while the spindle is cutting. The pallets are then swapped into the machine tool automatically by MIDACO’s servo-driven shuttle in seconds onto a cast-iron receiver mounted directly to the machine tool table, eliminating idle time and improving part output.

Galyon Manufacturing also performs precision surface cylindrical and jig grinding, and heat treating, working with CNC laser, plasma and waterjet, while also using manual mills and lathes. They can attain up to four-axis milling in addition to two-axis, live-tool and subspindle tuning.

This site uses cookies to analyze traffic for ads measurement purposes. Learn more about how we use cookies. Got It 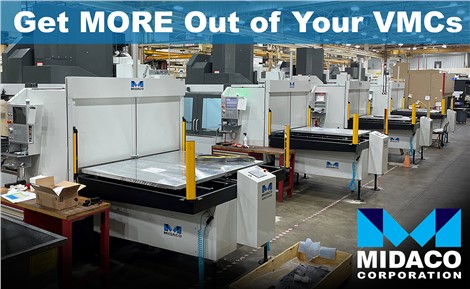 We don't like getting spam either. MIDACO sends updates no more frequently than every 4-6 weeks. You may safely unsubscribe at any time.